The Company was founded on May 7, 2008 with the goal to produce LPG (Liquified Petroleum Gas) in order to support the government in providing energy for the community, while reducing the load of government subsidies.

In August 2010, E1 Corporation transferred all their share ownership to Samtan Co., Ltd. Korea, a limited company of South Korea. Furthermore, as the realization of the transfer of shares, on January 28, 2011 Companya��s name changes from PT E1-Pertagas to become PT Perta-Samtan Gas.

PT Perta-Samtan Gas setting up an NGL Refinery Plant consisting of Extraction Plant in Prabumulih and Fractionation Plant in Sungai Gerong, with design capacity of 250 MMSCFD. Construction of refinery (EPC and Commissioning) conducted by PT Tripatra Engineers & Constructors (TPEC) from July 2010 until April 2013. The project was inaugurated by the President of the Republic of Indonesia on December 6, 2012.

The period of pre-commissioning and commissioning was implemented in December 2012 to April 2013 which resulted in the production of 12,166 MT of LPG and Condensate amounted to 54,847 bbl. PT Perta-Samtan Gas commenced commercial operation for the first time on May 1, 2013. 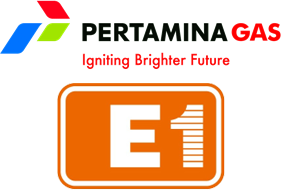 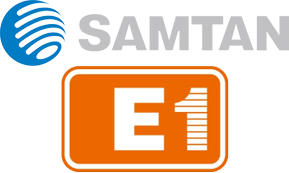 Amendment the Companya��s name change from PT E1-Pertagas on to be PT Perta-Samtan Gas on January 28, 2011.

Inauguration of Refinery NGL Plant in South Sumatra on December 6, 2012 by President of the republic of Indonesia Susilo Bambang Yudhoyono.

PSGa��s refinery entered the commercial phase began on May 1, 2013.

Succeed to manage the delivery of 100,000 Metric Tonnes of LPG for domestic gas purposes (South Sumatra) via pipeline.

Achieved a Blue Proper for Extraction Plant and Fractionation Plant. Until December 31, 2015, PT Perta-Samtan Gas managed to produce LPG up to 485.877 Mton and Condensate 1,594,218 bbls. 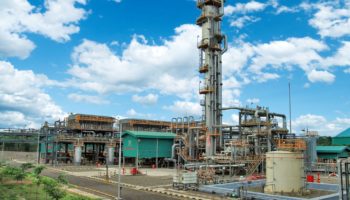 Relocation of Head Office from Jakarta to Sungai Gerong was conducted.