Prabumulih – The commitment of PT Perta Samtan Gas (PSGas) to the community development and the environmental conservation is getting stronger. One of its commitment is by running a number of programs in Pangkul Village, Cambai District, Prabumulih City, South Sumatra.

According to Harry, PSGas has started the Waste Bank Development Program in the Dusun V and VI areas of Pangkul Village for three years ago. In 2019, they expanded the area by developing a fruit and vegetable garden program with local farmer groups in the Pangkul Perumnas area. 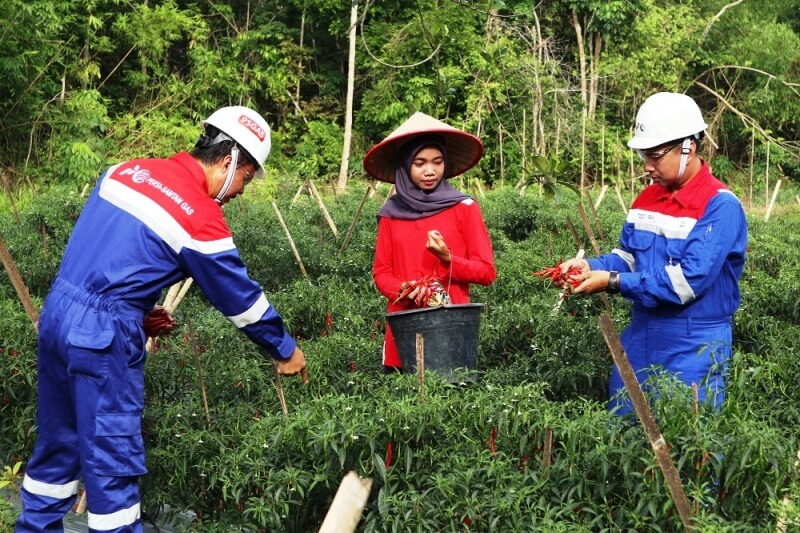 In 2020, there are two programs implemented. First, making Pangkul a center for aloe vera cultivation. Second, mobilizing biodiversity conservation with local exotic plants of economic value as well as saving the banks of the Kelekar River.

Yesterday, Saturday (7 February 2020) the declaration of conservation activities began with planting durian trees. The planting involved a number of parties, companies, village government, KNPI Prabumulih, youth organizations, and the general public. The long-term goal of this conservation program is to develop the Pangkul Dalam area as an Environmental Tourism Village or Ecological Tourism.

“To achieve this goal, in addition to working together with the Pangkul village government, we will also collaborate with the Indonesian Agroecological Institute (INAgri). The institutions that we know have succeeded in developing communities and environmental preservation in Indonesia” said Harry who was accompanied by one of the founders and member of the INAgri Board of Trustees, Syamsul Asinar Radjam.

In line with Harry, the Head of Pangkul Village, Jakaria Hadi, stated that the planting activity on the banks of the Kelekar River in the Pangkul Dalam area is a long-term program. “We hope that in three years this idea will come true and provides benefits for village development, improves the community’s economy, and cares for nature.”

Jakaria also stated that in order to realize this idea, 2 hectares of land owned by the village had been prepared. This area represents a landscape of forests, swamps and rivers. Inside there is also the village’s ancestral grave which is often visited by pilgrims and can be visited by religious tourists.

“We have budgeted part of the Village Fund to realize this idea. Beside self-help funds, we also open for funding support, thoughts, and other forms of assistance from various sources. Including the support of Perta Samtan which has so far supported Pangkul Village,” explained Jakaria with full of hope. 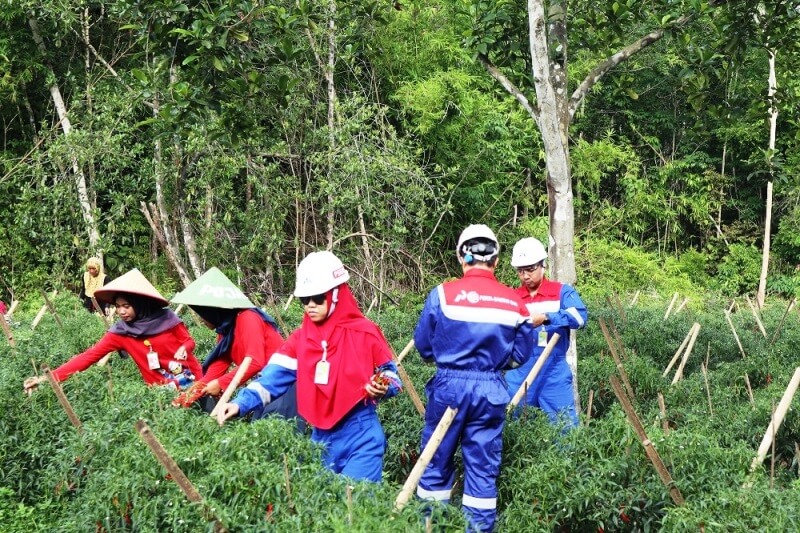