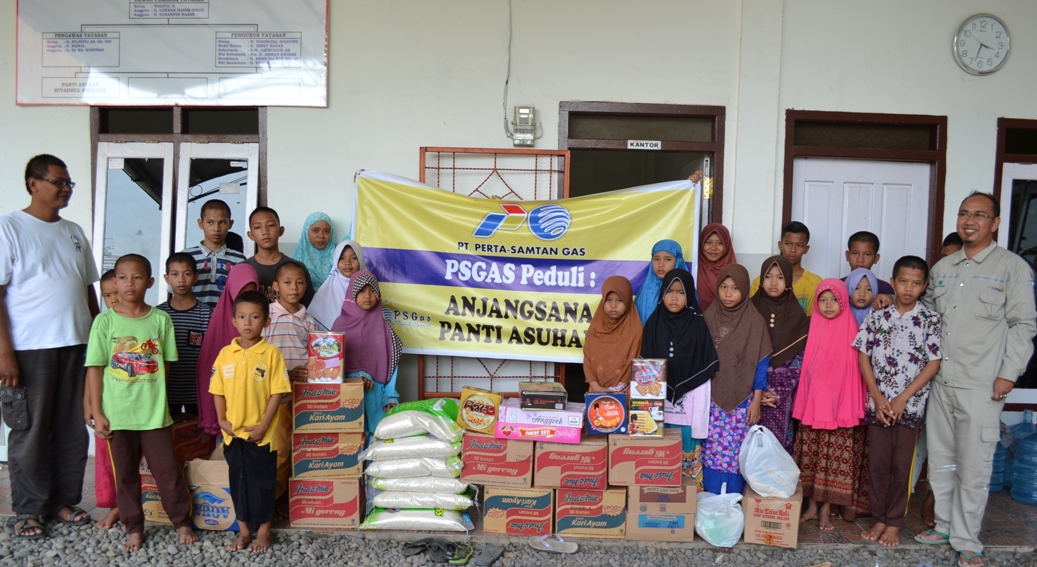 As a form of social awareness of the community, especially the children of Orphanage, the momentum of Ramadhan was used by PS Gas to share basic foods, hoping that the aid can be useful, especially in welcoming Eid Al-Fitr, because it was the obligation of PS Gas to pay attention to the less fortunate people of Seinggok Sepembunyian -Prabumulih’s nickname- City. As it was explained by Syaiful Anwar GM PS Gas Prabumulih through External Relations, Hary Maradona.

Assistance given in the form of rice, instant noodles, canned drinks, cooking oil, coffee, tea, and others. PS Gas expected that its gas production is increasing so that it can provide more assistance.

Chairman of PAYW, Jujuk Sukandi, stated that the Foundation is very grateful and prayed that PS Gas’ gas production are being more abundant so that it can spread more blessings and benefits, also stated that this assistance must be very beneficial for the residents of orphanage.