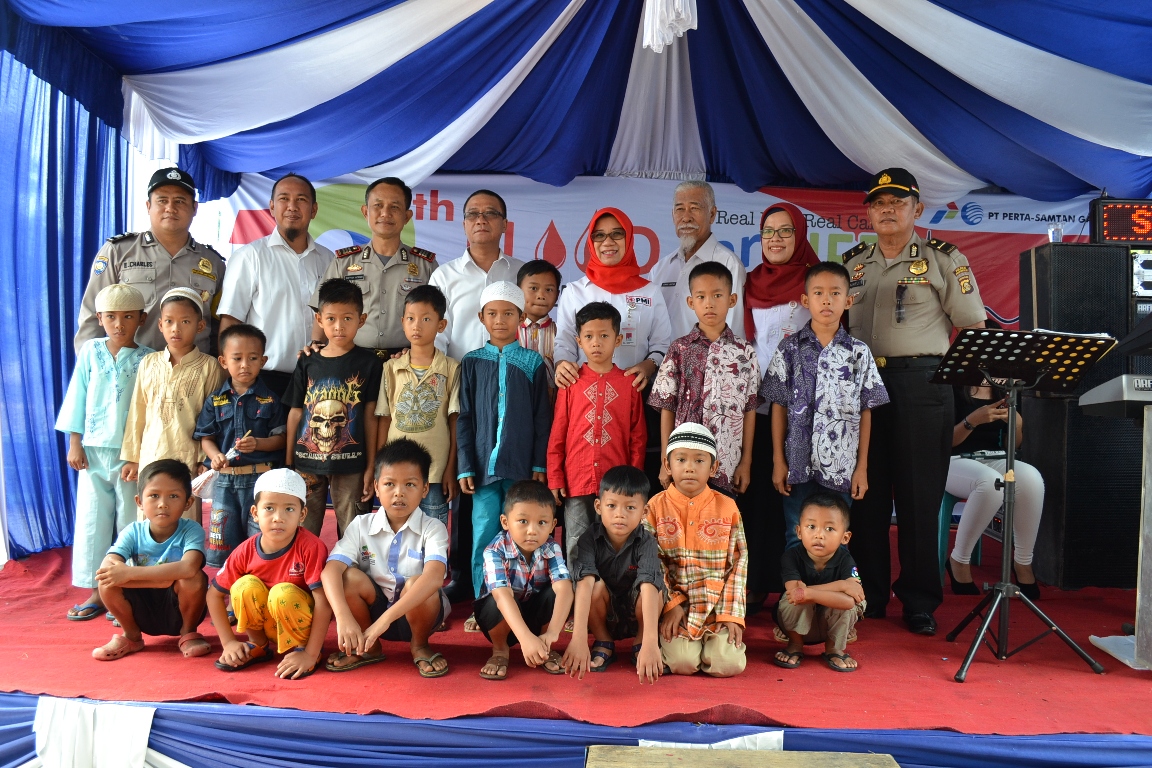 Prabumulih – To enliven the 9th anniversary of PT Perta-Samtan Gas (PSGAS), social event of Mass Circumcision and Blood Donor with the headline “Blood or Life: Real Life, Real Care” were held. Cooperation with PMI Prabumulih City and UTD Prabumulih Public Hospital, it was collected 39 bags of blood And 45 children circumcised by team of Puskesmas Mangga Besar.

This event was a form of social awareness of the company to the community around the refinery where there are still many children who have grown up but can not be circumcised by his family and blood stock in PMI Prabumulih city was lack. This activity was followed by employees and partners of PSGAS and the community around the refinery because sharing is our need, not an obligation. Spend yourself the fulfillment and take immediate role in humanitarian activities and always spread the good.